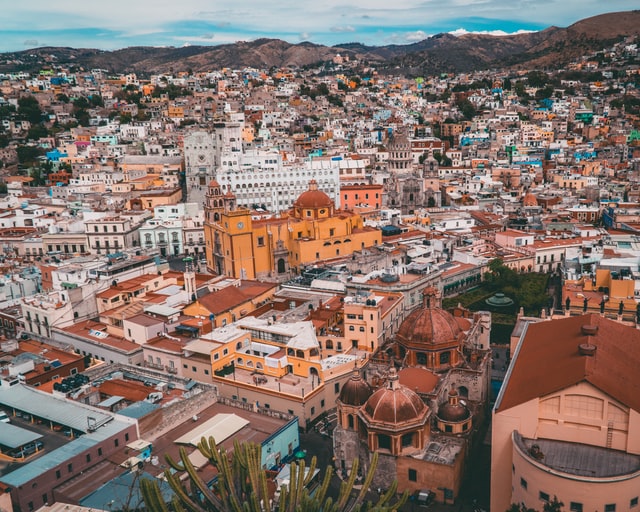 “Mexico is a poor, hazardous backwater country dominated by beaches and scorching deserts.” As a part-time expat, hearing preconceptions about my new home — a big, diverse country with an immensely rich culture and history – irritates me much.

Stereotypes exist in many cultures, but Americans, in my experience, have even more misconceptions about their neighboring country than they do about others. After conducting extensive investigation, I discovered certain facts that even astonished me.

Here are seven common misconceptions that I intend to debunk:

Myth #1: Mexico is a dangerous country.

You’d go to New Orleans without hesitation, right? What about the capital of Mexico? Many Americans believe Mexico City is far more dangerous than it is. New Orleans, on the other hand, has a five-fold higher assault rate than Mexico City, and is also safer than Miami, Philadelphia, Chicago, Washington, D.C., and Atlanta.

When Americans travel to Mexico, the US State Department often issues travel advisories. Only two of Mexico’s 32 states are currently rated fully safe to travel in, which surprised me. I’m curious how we’d react if Mexico’s Secretara de Relaciones Exteriores issued cautionary statements about the United States.

Of course, Mexico may be dangerous, and certain occupations (such as journalism) are particularly risky because narcotraficos don’t want their tactics exposed. And drug cartels do in fact feed violence in some regions of the country, a reality in Mexico fueled in part by US drug policy and our ever-increasing consumption of illegal narcotics, which drives demand up.

The United States’ lax gun regulations aren’t helping. I was astounded to find that Mexico only has one gun store and provides fewer than 50 firearms licences per year. However, half a million weapons are smuggled into Mexico from the United States each year, with many of them ending up in the hands of drug gangs.

It’s quite improbable, however, that you’ll become involved in drug-related violence. If you’re concerned about your safety, look for local travelers’ or expats’ blogs to get the latest “facts on the ground.”

Myth #2: Mexico is a poor country.

Mexico, the world’s tenth largest country, has a population of about 127 million people and the world’s fifteenth largest economy. It has a higher proportion of middle-class citizens than many other countries, including some in Europe.

According to data from Mexico’s National Statistics Institute (INEGI) from 2021, 42 percent of Mexico’s homes, or 39.2 percent of the population, are middle class. In metropolitan regions, it’s considerably higher, at 50.1 percent.

A married couple with two children is most likely to make up a middle-class family. A licenciado (bachelor’s degree) or the equivalent of an associate’s degree from one of Mexico’s universities is most likely held by the household’s head. In most cases, the couple owns their home and works in the private sector. They have a car, a computer, a television, a cell phone, and at least one credit card. Some parents enroll their children in private schools.

One of the cruel ironies is that homelessness has become the norm in the United States, particularly on the West Coast. In Mexico, I have never seen a single homeless encampment. The reason for this is because Mexico’s poor live in slums, which can be filthy — yet even a flimsy structure in the slums gives a roof, and a slum is more permanent than a homeless encampment, with a potentially higher quality of life.

Mexicans labor more than practically any other country in the world, according to the Organization for Economic Cooperation and Development (OECD), usually because they have to in order to meet their basic necessities. Mexicans worked an average of 2,246 hours per year in 2018, including part-time occupations, compared to 1,783 hours for Americans. At the very least, the Germans clock in at 1,371 hours.

Myth #4: Mexico is a backwater country.

Abortion hasn’t been illegal in Mexico since 2021, yet state-by-state legalization varies. Within a few months, a woman living in the United States may find it easier — and perhaps even free — to abort a pregnancy in Mexico than in her home state.

Another widely held misconception about Mexico is that it is mostly made up of hot, humid beaches and dry, dusty deserts. Sure, some locations can be quite hot. Summer is the wet season, and afternoon thunderstorms, comparable to monsoons, cool things off, thus April and May are hotter than July and August.

In Mexico, it isn’t always hot. The Altiplano, the spine of central Mexico, is a high mesa-like landscape spanning in elevation from 5,000 to 7,000 feet, with temperatures ranging from 60 to 75 degrees Fahrenheit throughout the day in most months of the year.

No, Mexico isn’t all about deserts and beaches. Rainforests, volcanoes, marshes, prairies, glaciers, jungles, scrubland, tundra, and steppes are all abundant.

If you only know a few words of Spanish, you’ll be relieved to learn what my husband Barry and I discovered when we first began visiting Mexico 40 years ago: it’s sometimes easier to communicate with indigenas than with mestizos (mixed race people who make up the vast majority of Mexicans), because Spanish is also their second language.

Once again, my assumption that higher education in Mexico must be mediocre was incorrect. UNAM, Mexico’s National Autonomous University, was ranked 105th out of 1,300 universities worldwide in 2022. It is only second to the University of Buenos Aires in Latin America. Meanwhile, Mexico’s MIT, Tecnológico de Monterrey, has been ranked in the top 200 of the world’s 1,673 prominent universities for the fifth year in a row.

I also didn’t realize until I moved to Mexico that, while university students must pay for extras like accommodation, food, textbooks, and their actual diploma, tuition is absolutely free. Not only that, but the Mexican government provides a lot of becas (scholarships). Many of our Spanish professors studied for a couple of semesters in Europe or the United States, which were fully funded by the Mexican government.