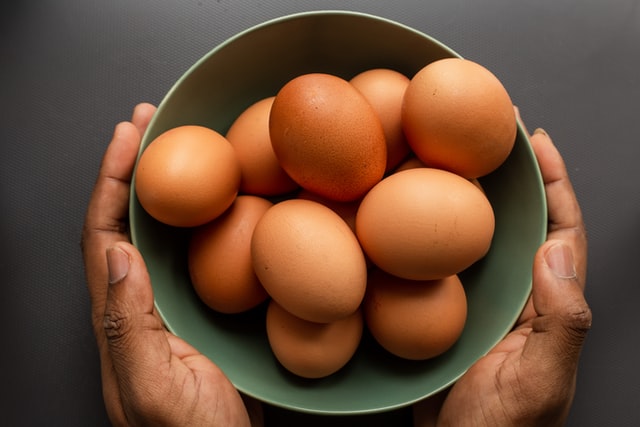 Our truck squeaked farther into the white-washed jungle on the route to the shaman, down a twisting trail I’d never be able to find again. The dirt roads were narrow and unlabeled, but Joanne seemed to know her way around; at least, that’s what I hoped.

The shaman’s home had a weird otherworldly entrance thanks to the white, mildew-covered trees. Unbeknownst to me, I’d come face to face with the one thing I’d been trying to escape.

How I Ended Up Here

I went to Tulum, Mexico, to practice yoga, relax in a hammock with a glass of green juice, and read paperback novels in the sun.

Many people believe Tulum is a site full of doors to the hereafter because of its well-preserved ancient Mayan ruins and cenotes (limestone sinkhole tunnels filled with azure blue water). That wasn’t the reason I chose it, but in hindsight, it was.

I slept in town at a yoga studio, where several of us, all women, had our own rooms and attended a half-dozen on-site yoga and meditation workshops each day.

We all became quick friends thanks to Joanne, our host and resident guide. We were soon sharing lunches, going on outings to the local cenotes, beaches, and evening walks to the ice cream shop.

I was getting precisely what I wanted out of the trip: a location to be alone and peaceful, with the option of carefree companionship when I wanted it. Then fate stepped in.

What is the Purpose of a Spiritual Cleansing?

Under the banana trees, I was conversing with Joanne when she stated that she was taking Julie, another guest, into the forest to meet a Mayan shaman for spiritual purification. That drew my interest. Except for Scooby-Doo reruns and Indiana Jones movies, I assumed shamans were gone.

What had Julie done to compel her to seek spiritual cleansing? Going over the alternatives in my thoughts, I immediately realized that my spirit, too, was in desperate need of purification.

So, on a scorching Tulum afternoon, I found myself in Joanne’s van, driving deep into the jungle in quest of the shaman.

A Path Through the Jungle

Along the narrow jungle path, we passed handcrafted buildings constructed of limestone and bamboo with tin and thatched roofs. There were many stray dogs and free-roaming hens who had no fear of, or perhaps no understanding of, a truck. We didn’t notice any people if there were any.

The shaman didn’t have a phone, so he wasn’t home when we arrived, but since we were in Tulum, we took advantage of the downtime by exploring his mystical property.

Julie and I were mesmerized by the brightly colorful flowers that grew on tree trunks, a little dome-shaped smoke lodge, and the noises of the local birds and bugs. The land itself appeared to be ancient and observant. Around the property, there were diamonds and stones, as well as wooden animal sculptures and herb bunches. “Don’t touch anything,” Joanne murmured, but you couldn’t have paid me to put my hands on any of it, as safe and private as it felt.

The shaman makes an appearance

He arrived in less than an hour. Joanne murmured, “Here he comes.” We gathered instantly at her side. I’m not sure how she knew he was coming because he was as silent as the wind on foot, but there he was.

Unlike the TV shamans I was accustomed with, he was dressed casually in jeans and a t-shirt, which made my heart sink a little. Though his dark hair, broad smile, and mahogany skin identified him as a Mayan in the same way that this place did.

He spoke to Joanne and smiled broadly at us, resting gentle eyes on me, as Julie and I just understood tourist Spanish. He was recognized by my soul.

There are those people you meet who seem to know something about you. Where there is no long kinship, there is a sense of familiarity and acceptance. I had the impression that I knew this shaman; there was a nagging feeling that we had met previously.

He went inside his thatch and limestone house to prepare after a brief chat, few tiny bows, and bashful grins.

When he appeared, we were sitting on stone seats near the smoke lodge. We leapt to our feet as soon as we saw him. He was now dressed in a long white robe, roughhewn leather shoes, and exuded the presence of a God.

The practice, Joanne explained, will aid with the expulsion of negativity and negative spirits.

I became concerned when I learned about the ritual. I didn’t want him to realize how much negativity I was carrying around with me. There was a great deal. It was also my faithful shield, and I didn’t think I could live without it. This was suddenly a lot more severe than I had thought.

He stood with his hand up in front of us; Julie shrank back, and I stepped forward, unable to stop myself.

He stood before me as I sat in a wooden chair between a wild garden and the smoke lodge. Our dialogue was conducted by glances and gestures, and I somehow comprehended everything because I was completely focused on him.

To drink, he handed me a little shot-sized cup of clear liquid. I paused for a moment. He said I shouldn’t be concerned, so I drank it down to the bottom with complete trust – and a peek back at Joanne, who nodded.

If it was booze, it tasted like a combination of Karo syrup and cactus juice on my tongue, sweet and bitter.

Let us pray together

I kept a wary eye on him as he poured oil and herbs into a stone basin and began to pray.

My family was a devout follower of the Christian faith. We attended church every Sunday, participated in the choir, joined fellowship groups, attended Sunday school, and attended so many events that we were in the church at least three times a week. But we weren’t really religious. Our social club was the church.

As I observed this man prepare his oil, I recognized something for the first time. There was a level of honesty and fervency I’d never seen before. He put his whole heart and soul into it.

He stroked the oil across my forehead and bridge of my nose, around my ears, the line of my jaw, my arms, and bare legs with his index and middle fingers. He also prayed.

He prayed so earnestly and fervently that I couldn’t help but wonder what he saw in me that prompted him to devote so much time and effort to this ritual. Did he also recognize me? He had no reservations about investing in me because he didn’t think I was worth it. He appeared to see me completely, more clearly than anyone had ever seen me before.

Suddenly, I had the impression that the yard was packed with eyewitnesses. The reality about me was being exposed. I forced myself to remain calm as goosebumps appeared on my skin. We were surrounded. He didn’t appear to notice, or if he did, these visitors were unwelcome.

What is the purpose of that egg?

From the stone altar next to him, he took a chicken egg. I’d never noticed it before and wondered how I’d gone so long without noticing something so out of place among the stones, herbs, and oils.

He took the egg in his palm and started moving it along the route he had created with his oil. Along the length of my arms and brow, as well as my shoulders, hands, and legs. I heard the liquid within when he shook it near my ear.

He caressed me with that egg gently, but not as tenderly as you might suppose, and prayed. He gathered the negative energy and hurled it towards the wall like fried spaghetti noodles. The process was repeated over and over. I swooned when I closed my eyes.

The theory was that the egg would take the negative energy from me and store it inside itself. Later, he’d bury it in a secret location on his property, ensuring that it couldn’t escape and find me, or worse, someone else.

My dead mother muttered, “Sssshhh,” from his lips as he brushed back the hair at my temples, praying, almost chanting. With that, an emotional barrier burst, and tears streamed down my face. Because, of course, what I’d been avoiding was exactly what I’d come across.

Ma had died exactly one year previously. All the running in the world wouldn’t change the fact that it was true.

His action struck a chord deep within me, triggering a recollection in the forest. She had previously touched me in the same way. Providing consolation in times of pain was not her strong suit as a mother who believed in self-soothing. However, as I was in the throes of labor with my daughter, she bent over my hospital bed, stroked the hair back from my temples, and muttered, “Sssshhh.” It astounded me then, as it does now.

Undaunted, or perhaps used to such feelings, the shaman set the egg down and poured additional oil and herbs into a dish. He lit the concoction with a match and then fanned the smoke from the fire over me with a long bunch of other herbs.

He made an emotional plea while using the branches to ensure the smoke covered me. He freed me from the shackles of my past and cleared the way for me to follow my real path. The evil spirits that had clung to me had completed their task and were no longer with me.

Despite the fact that I couldn’t comprehend what he was saying, the sentiment was clear. The yard has become deserted. It was just him and me once more. He shook the egg near my left ear while standing in front of me. It had solidified.

He took my hands in his and dragged me to my feet. We hugged with all the power of long-lost friends reunited once the cleansing was completed. He finally let me go after peering into my eyes for a long time.

I’m not sure if the shaman truly “cleansed my spirit,” but it’s been three years, and I’m a different person, more liberated in so many ways. It took me until now to comprehend how much, to be able to look back and see the abyss I’d bridged.

He provided me a means to start over that day; a way to return to the roots of who I was before life began to pile on and cover the things that made me unique and joyful.

Perhaps he summoned hundreds of spirits to the yard that day in order to transform or unveil my soul. Or his chanting exorcised my demons. Perhaps he merely placed an idea in my head, and the rest was up to me. All of these things could be the case.

Whatever it was, encountering the shaman that day lit a fire in my soul. Perhaps that’s all the magic we’ll ever need. He sparked something in me that prompted me to take constructive action. Action leads to more action. This is how life on the planet goes on.

So I believe they are correct; Tulum is a place full with afterlife doors.